3 Women To Watch Who Are Making A Difference
Learn more about our uncompromising COVID health and safety standards. 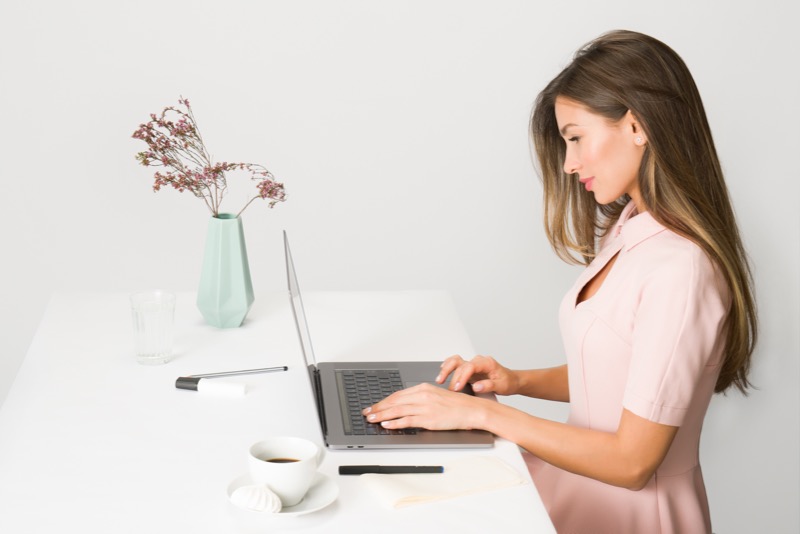 Raise your hand if you celebrated International Women’s Day on March 8th. We did and we’re still feeling on top of the world and empowered, which is why we are excited to share three incredible women who are doing great things not only for other women, but for others around the world.

We’ve known her for years as J. K. Rowling’s fictional character, Hermione, in Harry Potter, but did you know that actress Emma Watson is not only a talented British actress but also an ethical fashion pioneer, activist for women’s equality and UN Women Global Goodwill Ambassador? It’s true!

Over the last few years, one of the many issues Emma has gotten people to think more about is where and how clothes are made. For years, she’s had a love for fashion, which then turned into a passion for supporting ethical and sustainable fashion. It was during her press tour for Beauty and the Beast in 2017 that she documented the lovely outfits she was wearing and also explained how each look was sourced and made. While each outfit may not have necessarily been practical for everyday life, she simply made a difference by bringing attention to problems in the fashion world and making people think before they shop.

A super cool moment (we still have on the brain) was when Emma attended the Met Gala in 2016 and turned heads when she wore a gown made from recycled plastic bottles. Yes, you read that right…recycled plastic bottles! She shared the vision behind the gown on her Facebook page: “Plastic is one of the biggest pollutants on the planet. Being able to repurpose this waste and incorporate it into my gown for the Met Gala proves the power that creativity, technology and fashion can have by working together.”

Thanks to Emma for shining the light on an issue and topic we should certainly think and learn more about! Want more about her recycled gown? We thought you did, so click here!

Helping the homeless might not be what you would picture this beautiful woman having a passion for, but she does! In fact, Larayia Gaston has a non-profit organization called Lunch On Me, which has a sole mission to ending starvation all while focusing on the mind, body and spirit of the homeless in LA.

Reaching nearly 10,000 people a month, Larayia’s organization feeds the homeless on Skid Row. And it’s not just one meal a week, it’s six organic meals a week. Why organic? Larayia has said that she herself eats organic and when this idea came to her, she decided that these people deserve the same quality, nutritious food she was eating. It was then that she partnered with local businesses and restaurants to redistribute organic food that would ultimately be wasted.

Being a firm believer that healing includes self-love, Larayia, along with volunteers, sits, talks, listens and builds relationships with people. She has also helped to organize things like yoga classes and healing gatherings to further meet the needs of others and heal their minds, bodies and souls. She said, “We are revolutionizing unity and empowerment for those who are broken and in search for hope. We are using our light to shine on the often invisible.”

Talk about a being selfless…wow! If you want to learn more about Larayia’s mission, organization and even donate to Lunch On Me, you can do that by clicking here.

Super model, judge from America’s Next Top Model, TV host and author are just a few of the accomplishments and projects Ashley Graham has taken part in over the years, but her true mission…advocating for self and body acceptance.

Over the years, Ashley has not been shy about showing her own body. In fact, she has used it as a tool to open the door and discuss subjects many women are self-conscious about such as weight, cellulite, clothing sizes and more. In interviews, Ashley has expressed that she does not like the term “plus size” because when that term is used, it instantly puts women in a category and assumption that they are not healthy, they eat poorly, they don’t exercise and don’t care as much about their bodies.

Even though she has graced the covers of magazines like Vogue, Elle and Glamour (to name a few), Ashley has not and will not allow herself and other women to be put in a category. At one point in her modeling career, she considered giving up her profession due to the insecurities and self-conscious feelings she had about her own body. Thanks to her mother, who told her that her body could change lives and help other women, she kept going and didn’t give up.

Since then she’s been paving the way for body positivity by embracing her own body and doing so with confidence. She also has not been afraid to take on the fashion industry and be a voice for real women, helping to redefine the global image of beauty. One of Ashley’s most inspiring speeches to date was when she made a moving TED Talk in 2015. Click here to see what she said, hear more about her story and how she became her very own role model.

We hope you found something inspiring about one, if not all three of these incredible women who are not afraid to take a stand and who are striving to make a change. As the saying goes, “Empowered women, empower women” and we certainly feel empowered after learning more about Emma, Larayia and Ashley!